“A Thousand Words” (The Ethics Videos)

11’9″01 September 11 (“Mexico” segment, producer Alejandro Gonzalez Inarritu, 2002) Through Johannine juxtapositions of light and darkness, interspersed with sights and sounds of the September 11 attacks, Inarritu builds up to a compelling question for all faith traditions. (Caution: The video contains limited, but at times graphic and distressing images and sounds from the terrorist attacks.) See the clip from the film on YouTube.

Affluenza (producers John de Graaf and Vivian Boe, 1997) “‘Affluenza is a one-hour television special that explores the high social and environmental costs of materialism and overconsumption.” For more information and resources, see the program website.

Bonhoeffer (producer Martin Doblmeier, 2006) “Bonhoeffer is the compelling story of one man’s struggle against Nazism and its intimidation of the German Church. His legacy includes a poignant body of work that documents his struggles to determine the will of God and his exemplary calm and concern for others as he faced the prospect of his own death.” For more information, see the film website.

Commanding Heights: The Battle for the World Economy: Part III The New Rules of the Game (producer Daniel Yergin, 2002) “With communism discredited, more and more nations harness their fortunes to the global free-market. But as new technology and ideas drive profound economic change, unforeseen events unfold. Prosperity continues to spread with the expansion of trade, even as the gulf widens further between rich and poor. Imbalances too dangerous for the system to ignore now drive its stakeholders to devise new means to include the dispossessed lest, once again, terrorism and war destroy the stability of a deeply interconnected world.” For more information and resources, see the program website.

Divided We Fall (producers Sharat Raju and Valarie Kaur, 2007) “Valarie Kaur was a 20-year-old college student when she set out across America in the aftermath of 9/11, camera in hand, to document hate violence against her community. From the still-shocked streets of Ground Zero to the desert towns of the American west, her epic journey confronts the forces unleashed in a time of national crisis – racism and religion, fear and forgiveness – until she finds the heart of America… halfway around the world.” For more information, see the film website.

Dorothy Day: Don’t Call Me a Saint (producer Claudia Larson, 2006) “‘Dorothy Day: Don’t Call Me A Saint’ tells the story of the New York writer and Catholic anarchist who at the height of the Depression unwittingly created what would become a worldwide peace and social justice movement. The Catholic Worker persists to this day in over 180 houses of hospitality and soup kitchens across the United States, in Europe, Australia, Canada and Mexico. Their tenet is based on doing works of mercy and living in voluntary poverty with no attachments to Church or State.” For more information, see the film website.

Escape from Affluenza (producers Vivan Boe and John de Graaf, 1998)”‘Escape from Affluenza’ is a one-hour PBS special providing practical solutions to the problem of “affluenza” — an epidemic of stress, waste, overconsumption and environmental decay. ‘Escape from Affluenza’ shows how some Americans are calling a halt to keeping up with the Joneses and abandoning the consumer chase. The program is a sequel to the popular special, ‘Affluenza’ which premiered on PBS in September, 1997.” For more information, see the program website.

Ethics in America I. For more information, see the program website.

“For over 25 years, televised Fred Friendly Seminars have added a unique dimension to public affairs programming on PBS. Exploring urgent social and public policy issues as wide-ranging as affirmative action, end-of-life care, national energy policy, and bioterrorism, the Seminars invite PBS viewers to struggle with gripping dilemmas drawn from real scenarios facing Americans and determine what their own choices would be if faced with these challenges. The Seminars always begin with a little story and a problem that could confront almost anyone. The implications of this problem, whatever it may be, then ripple out to encompass larger and larger issues and trigger ethical, emotional, legal, and public policy questions that are always overlapping and sometimes in conflict. Each Seminar program brings together a carefully chosen panel that contributes professional expertise as well as personal experience to the discussion. As the panelists wrestle with the issues presented in the hypothetical story, they are encouraged not just to say what they think about an issue, but to say what they would do in difficult decision-making situations if they were personally involved. The viewers are along for the ride, emotionally and intellectually, as the story creates a link for citizens between their lives and issues in the headlines that so often seem remote, abstract and unconnected to their day to day concerns.”

Facing Death (PBS/Frontline, a2010) “How far would you go to sustain the life of someone you love, or your own? When the moment comes, and you’re confronted with the prospect of “pulling the plug,” do you know how you’ll respond? In Facing Death, FRONTLINE gains extraordinary access to The Mount Sinai Medical Center, one of New York’s biggest hospitals, to take a closer measure of today’s complicated end-of-life decisions. In this intimate, groundbreaking film, doctors, patients and families speak with remarkable candor about the increasingly difficult choices people are making at the end of life: when to remove a breathing tube in the ICU; when to continue treatment for patients with aggressive blood cancers; when to perform a surgery; and when to call for hospice.” For more information, see the program
website.

Faith and Doubt at Ground Zero (producer Helen Whitney, 2002) “In ‘Faith and Doubt at Ground Zero,’ FRONTLINE producer Helen Whitney sets out to discover how the religious beliefs — and unbelief — of Americans have been challenged since the events of September 11. Through interviews with priests, rabbis, and Islamic scholars, victims’ families and World Trade Center survivors, writers and thinkers, atheists and agnostics, this two-hour documentary explores whether, and in what ways, Americans’ spiritual lives may have changed on that day.” For more information, see the program website.

A Force More Powerful (producers Peter Ackerman and Jack DuVall, 2000) “‘A Force More Powerful‘explores one of the 20th century’s most important but least understood stories: how nonviolent power has overcome oppression and authoritarian rule all over the world. Narrated by Ben Kingsley, and nominated for an Emmy, A Force More Powerful premiered on PBS in September 2000.” See the program website for more information on this documentary and related films. 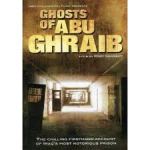 Ghosts of Abu Ghraib (producer Rory Kennedy, 2007) “The familiar and disturbing pictures of torture at Iraq’s Abu Ghraib prison raise many troubling questions: How did torture become an accepted practice at Abu Ghraib? Did U.S. government policies make it possible? How much damage has the aftermath of Abu Ghraib had on America’s credibility as a defender of freedom and human rights around the world? . . . “Ghosts of Abu Ghraib” strongly suggests that, far from being an unauthorized, isolated event by rank-and-file soldiers acting on their own initiative, the physical and psychological torture employed at the prison was an inevitable outgrowth of military and government policies that were implemented in a climate of fear and chaos, inadequte training, and insufficient resources.” For more information, see the film
website.

Green (producer Laura Dunn, 2000) “In the 100 miles between Baton Rouge and New Orleans there are over 150 petrochemical plants which are responsible for producing 25% of the nation’s petrochemicals. This area reports the highest concentration of toxic emissions to the air, land and water in the country. The residents of this area, who are mainly African American and poor, suffer from astronomical rates of cancer, asthma and other medical ailments. “Green” documents this environmental injustice: the disproportionate toxic development in areas populated by minorities and low income groups. The film journeys through six communities, showing how one group of people may be bearing the burden for a nation’s consumerism.” For more information, see the film website.

A Jew Among the Germans (producer Marian Marzynski, 2005) On the occasion of the announcement of plans for the Berlin Holocaust Memorial, producer and Holocaust survivor Marian Marzynski visits the city to see how a new generation of Germans is learning to live with memories of the crimes of the past. For more information, see the program website.

A Justice that Heals (producer Jay Shefsky, 2000) “A one-hour documentary film, produced by Jay Shefsky, the film is a story of murder, faith, and forgiveness. A teen shoots and kills another teen. A family grieves the murder of their son. Mario Ramos, the perpetrator, is arrested, tried, and convicted of the crime. For Mario and the family of the victim, Andrew Young, these tragic events were just the beginning of an unusual journey of Christian faith and reconciliation initiated by a Catholic priest and parish who chose to become involved. This documentary is a story about forgiveness. This story follows Mario Ramos, his crime, his rehabilitation, and the surprising families that made it all possible.” For more information about this film, click here). See clips from the film here.

Marriage–Just a Piece of Paper? (producer Brian Boyer and the Religion, Culture, and Family Project, 2002) “Is marriage disappearing? If so, what are the personal and social costs to children, families and communities? Has the “M” word become a subject unfit for polite company, neglected… perhaps shunned… in the halls of government, academia, family-related professions and even in houses of worship? he documentary is based on dozens of intimate, revealing interviews with adults and children about the complexities of their loves, hopes, disappointments and heartbreaks.” For more information, see the websites for the film and the Religion, Culture, and Family project.

Surviving the Bottom Line: Living on the Fault Line (producer Hedrick Smith, 1996) “America is galloping headlong towards an economic future built around Information Age industries and the global marketplace. But in the midst of this gold rush, Hedrick Smith pauses to see how the middle class is coping with the transition from the old manufacturing economy to the city of the future. He finds highly skilled managers and workers who are struggling because their skills are no longer valued, and who bounce from job to job, worrying about their future and their vanishing leisure and family time. For many, the American Dream is running in reverse; in an up economy, they are moving down.” See the program website.