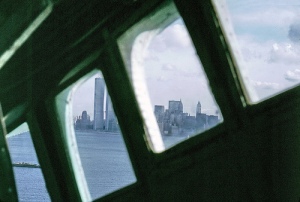 Memory has long been a topic in ethics, with Augustine’s Confessions being a prime example and reflective of earlier Greek and Roman antecedents. Fear has also been a topic in ethics, particularly in the ethics of Aristotle and Thomas Aquinas. The war, genocide, and other atrocities of the 20th century have spawned a variety of projects of memorialization and reconciliation. The more recent horror of September 11, 2001, and its political and ethical after-effects have highlighted the importance of fear and memory as topics for ethics. The first half of this course will examine the history of thought around fear and memory in philosophical, theological, and political ethics, as well as the emerging field of neuroethics in bioethics, as prelude to a consideration in the second half of contemporary writings by Paul Ricoeur, Miroslav Volf, Martha Nussbaum and others on fear and memory as topics of ethical inquiry.

“This class has spurred on a whole new area of study/interest for me—it has been shockingly formative. I have been taken up by this topic—can’t seem to get enough.”

“Overall, helpful, evocative, extremely informative and great source of contemporary and historical resources. Fascinating introspection and ability to consider larger societal issues, fundamental problems in human nature, and the force of history with respect to notions of fear and memory.”

“Excellent—extremely helpful. Updated current on-going information about the seminars issues, all excellent. Movies and documentary films about fear and memory were excellent. Excellent materials and instruction with extensive course outlines.”

“Highly relevant information. Very interested in this and international relations as well as human rights issues.”

“Very useful. This is the material I would like to study in doctoral work. It was a good survey course that covered multiple angles and topics and built up from classical to contemporary. ”

“Excellent. One of the best classes I have ever had at HDS.”

“Extremely useful and provided excellent information about my field work at V.A. hospital working with PTSD patients. I am so glad I took it—I plan to write my M.Div thesis about this topic. One of the best courses at HDS on ethics.”

Leon Nefakh, “The 9/11 Effect: From Mathmatics to Psychology, How the Attacks Changed What We Know,” The Boston Globe, September 10, 2011

Costica Bradatan, “The Psychology of Walls and Fences,” The New York Times, November 28, 2011

Viktor Mayer-Schönberger, “Why we need to let our online memories go,” The Washington Post, November 23, 2010.